The cultural and leisure offer is certainly limited at the moment, however it is still possible to learn more about the heritage of our cities who surround us, then follow the leader !

By crossing theat the door of the Tourist Office located in the current Alsatian Museum (former chancellery from the end of the XNUMXth century) - the most "red" building in the city center, you will be welcomed and advised on the tourist offer of our territory. Walks in the forest, escapades in the north of Alsace, fun walks, hiking files or even tourist circuits: we will have enough make you discover or (re)-discover our region.

Discovering the heritage of Haguenau

In complete freedom or with our audio guides (rental € 1), the Tourist Office offers you a visit to the historic city center, through twenty comments. You will thus discover buildings from the Middle Ages as well as beautiful 18th century residences and a rich heritage from the 19th century and the beginning of the 20th century. A map of the two tourist circuits will be given to you at reception or download.

Founded around 1115 by Frédéric le Borgne, Duke of Alsace and Swabia, vassal of Emperor Henry V, Haguenau owes its development to the emperors of the Holy Roman Empire, Frédéric 1er said Barberousse, Henry VI and Frederick II resided there many times.

In 1354, ten towns in Alsace including Haguenau, are united to defend their rights as city of empire and form the Decapolis. Haguenau, residence of the Emperor's representative in Alsace, is its capital. After the Thirty Years' War from 1648 to 1677, the city tried to save its freedoms against the King of France (Louis XIV). It did not submit until it had been completely burnt down in 1677. The XNUMXth century was that of reconstruction, which explains why the importance of the built heritage of this time. The synagogue, the theater and the hop hall bear witness to real prosperity in the first half of the 1855th century. In XNUMX, the railway line between Haguenau and Strasbourg was inaugurated. 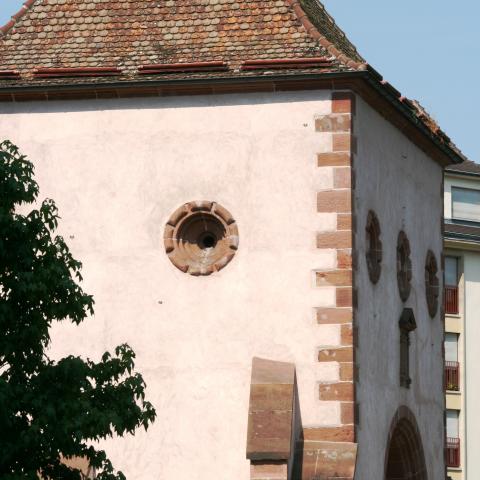 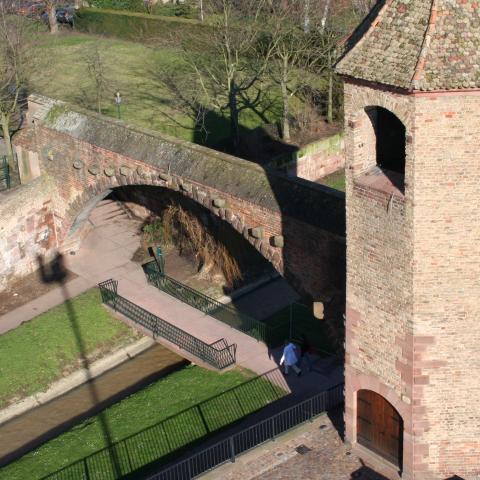 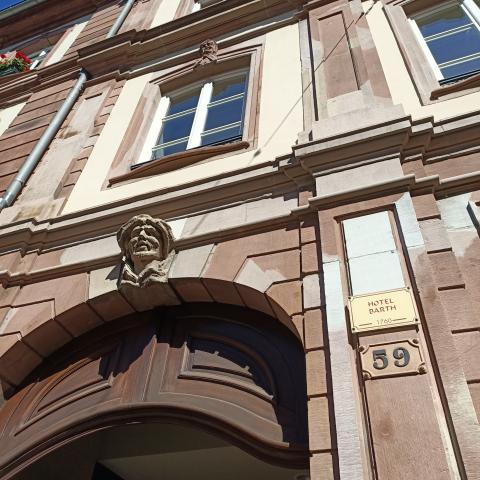 Pfaffenhoffen, for a discovery all in pictures

Over the course of a promenade of just over a kilometer, you will be surprised by the beautiful painted facades which are available on certain buildings. This discovery tour shows the town through 20 states of art, history and architecture, in the footsteps ofAlbert Schweitzer, of the physicist Frederic Joliot Curie and of the philosopher and writer Jean-Paul Sartre.

Go in search of most curious representations, such as that of the contemporary decor of the bell tower of the Catholic church painted by Edgar mahler and sculpted by Thierry delorme representing a book which flies away caught up by a character: would spiritual life escape Man?

It is Edgar Mahler painter, born in 1955, specialist in artistic painting on building facades and ceilings who renews the Roman-Gothic and Baroque polychrome painting. In Alsace, he decorated more than 120 facades. But his favorite playground is here at Pfaffenhoffen or a amazing atmosphere emerges from the streets to beautiful colorful facades.

* Don't forget to get yourself the discovery circuit map to appreciate the streets, the gardens and the squares the painted and sculpted works, old and contemporary in theHaguenau Tourist Office ou by downloading it.

And for theanecdote : did you know that Pfaffenhoffen is the French word which has the largest number of "f"? 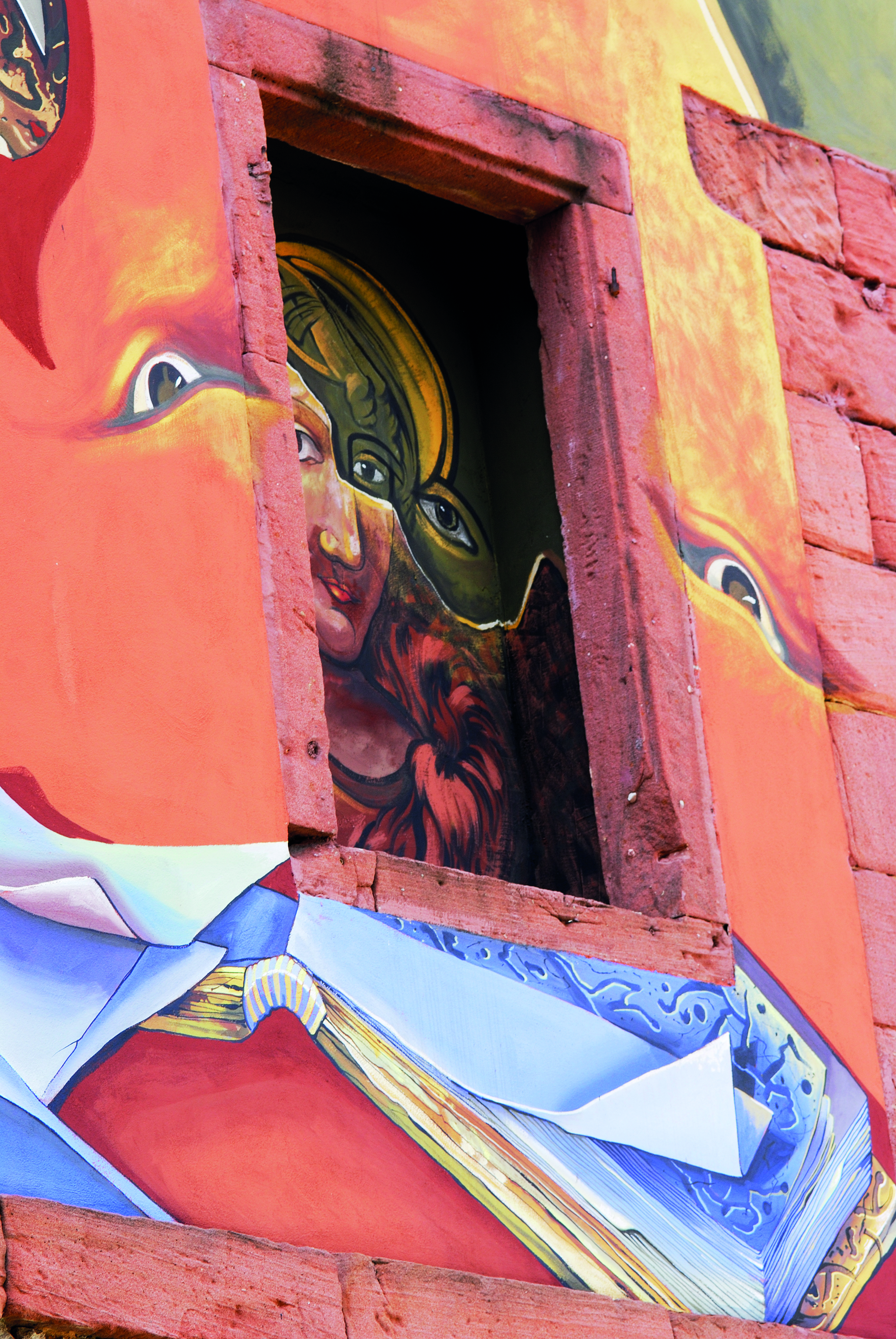 Green and calm city, Bischwiller is the heiress, sometimes unrecognized, of a rich historical and natural heritage. Its past of great interest - the city was born in the Middle Ages - is a tourist attraction in the region. Welcoming and dynamic, Bischwiller is a city with a rich past. On each street in the city center, you can read the origin of the city of the Dukes of Deux-Ponts in the XNUMXth century (half-timbered houses of great interest, Protestant church, old inns and common house) and its industrial golden age in the XNUMXth century (workers' houses, textile factories and fireplaces).

Also, it seemed essential to us to be able to offer a tourist circuit of the city which allows to (re) discover this beautiful city. The places and unmissable historic buildings in Bischwiller are grouped together on a map available at the town hall of Bischwiller or at our Tourist Office. on this support the five hiking trails are also mentioned: Poets trail, Trame Verte trail, Bollachgraben trail, Gravel pit trail, Ried trail and fun walks for children and families.

A little history ... to understand

Long known as center of intense artisanal and industrial textile activity, from the 17th century until the beginning of the 1960s, the city of Bischwiller operated in three decades a complete evolution. The fruit of an original story made up of sudden ups and downs, the landscape of Bischwiller bears witness to this past rich in upheavals. It is during the 60s than the city enters a new phase of expansion which profoundly transforms its image and draws its current contours. 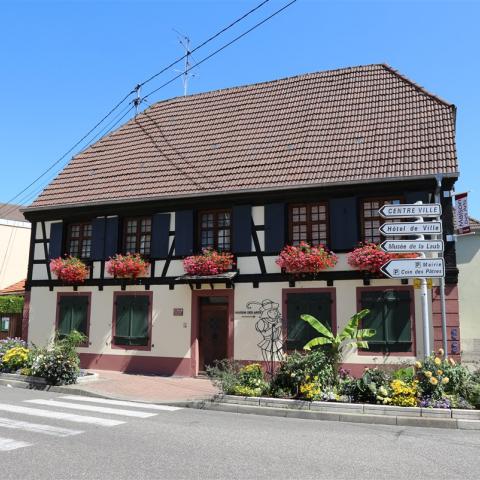 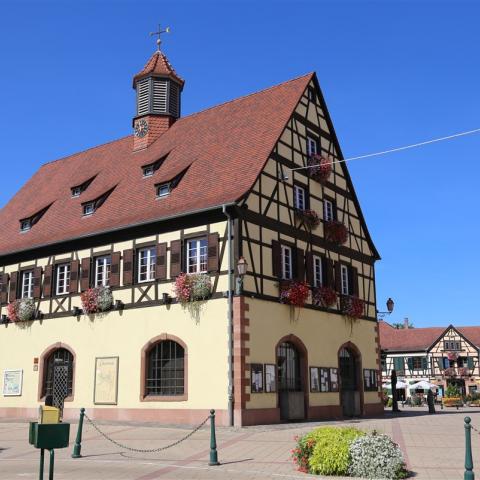 the Tourist Office
of the Land of Haguenau

The team of the tourist office is at your disposal to help you prepare your stay in the Land of Haguenau or to suggest activities during your holidays. Come and discover an authentic territory with its crafts, its forests, its Alsatian traditions ...